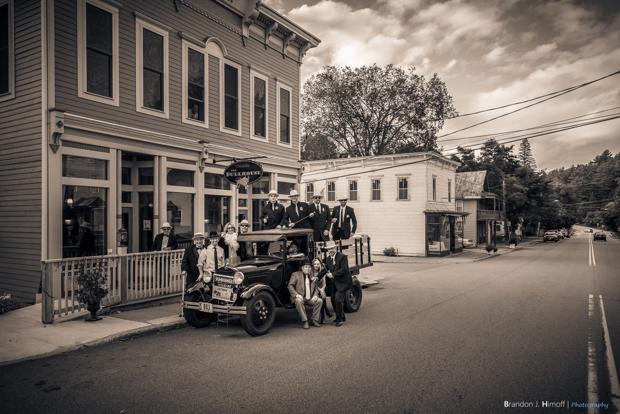 CHESTER — In A February raid in 1925, 55 federal agents sought to mop up the bootleg trail that stretched from Albany to Plattsburgh, shutting down dozens of sites and seizing $100,000 worth of hooch, an effort led by the divisional dry chief R.Q. Marrick, who traveled the country cracking down on bootleggers.

Chester was one of the stops along the raid.

According to a 1925 article in the Warrensburgh News, the proprietor of a garage in town and his employers were pinched after a Cadillac touring car and a Packard were found “laden with liquor.”

in Media Coverage /by Brandon Himoff

Farmers Market: 600 people last week with over 10,000 coming in throughout the summer at this point! Market runs until Sept. 23rd.

Golf Outing: WE STILL NEED TEAMS AND $50 HOLE SPONSORS! Please help support the Alliance!!!! The annual Golf Outing to benefit the TBLA will be held Friday October 2nd at Cronins. 1PM start with steak dinner afterward. Cost is $75 PP and guests/spouses can just come for dinner for $25. Warren Ford is donating a Hole in One Truck and committee is looking for donations for raffles from any businesses willing to help out. It’s only $50 to sponsor a tee and as this is one of the few fund raisers’ we’ll be having this year, your support will be greatly appreciated !!!!!
To sign up your team please call Doug O’Brien @ #494-4565 or email [email protected].
Carol Theatre: Rum Runner’s Vaudeville show Sept. 19th – Tickets on sale now for $15 or $20 at the door! We’re expecting another full house so get your tickets early! Going to be another great show this year! Comedy Show had 122 in attendance. Thank you to another new sponsor – Allison & Doug Shultz!!! Their support will help with advertising and getting the word out on our performances & A 2016 season pass will be given to all sponsors as we END_OF_DOCUMENT_TOKEN_TO_BE_REPLACED

in Meeting Minutes /by Brandon Himoff